After using the 10900K platform as a daily driver since it launched in May 2020 and having recently reviewed the AMD Ryzen 9 5900X, I wanted to provide an update with my thoughts on where the value of Intel’s 10th Generation i9-10900K currently sits.

The CPUs themselves haven’t changed at all but the market has shifted enough that the conclusions drawn in the 10900K and 5900X reviews warrant some clarification.

The i9-10900K still performs as well as it did when it claimed the crown of Fasted Gaming CPU on the planet back in May 2020 – and games haven’t become more resource-hungry in the 9 months that have passed. It was awesome in May last year and it is still one of the best CPUs you can buy – except now there has been a major shift in the value proposition.

Sure, the Ryzen 9 5900X was faster in most of the benchmarks from my review but when actually using it in day-to-day gaming, I found that the difference wasn’t really noticeable. Rendering and transcoding tasks are certainly faster on the Ryzen 9 so please note that my focus is on people looking for a top-end gaming rig that can do other things like stream or record. Creative workloads were notably better on the AMD Ryzen 5900X.

I liked the Ryzen 7 5800X when it launched at $699 because it was competitive with the 10900K and $200 cheaper – the issue I have now is that the pricing and availability have shifted enough to make a difference with the 5800X going up $100 and the 10900K dropping $100 to close the gap. Now that both the 5800X and 10900K are at the same $799 price point, I’d consider the 10900K as the better purchase. I would probably feel different if the 5800X was still listed at the original launch price, however being priced just $60 cheaper than the elusive and much higher spec 5900X just doesn’t make sense based on performance. The 5800X may return to launch price when it’s no longer the best “available” Ryzen 5000 series CPU.

Ryzen CPUs were traditionally the better value option but at the moment, and in the Australian market at least, Intel is providing unquestionably better availability with their 10th Generation CPUs and arguably better value.

The 10th Generation platform that I wrote about in my air-cooling the i9-10900K article has been rock solid, almost silent and an absolute dream to both work and game on. I can’t fault the platform at all and I haven’t noted a single glitch. The overclock has remained stable and thermals have not been a factor in the Thermaltake View 71 case with Noctua NH-D15S CPU cooler. The performance/acoustic balance has been as close to perfect as I’ve seen in an air-cooled PC build. 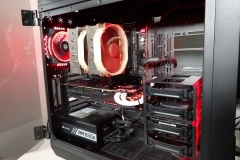 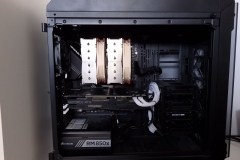 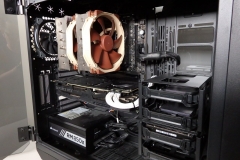 For the moment the 10 cores are slightly more than I legitimately need for the projects I’m doing with virtual machines. The 12 cores of the 5900X are attractive for future headroom but at the moment 10 cores are serving me well. In May 2020, I’d also anticipated that PCIe 4.0 was going to be more important with the (then) upcoming RTX 3080 and RADEON RX 6800 XT / 6900 XT GPUs but this doesn’t appear to be a material factor post-launch.

To anyone who bought a 10th Generation i9 in 2020 – just enjoy your CPU. It was a beast at launch and it’s still a beast today – it just has more competition now. To those considering a 10th Generation Intel CPU, the prices now represent much better value than at launch and they are available so you can buy and build at the moment. At $799 and with stock on the shelves, I’m liking the i9-10900K right now.

If you are happy enough with your current PC, know that there is always something new around the corner so consider upgrading when your current rig isn’t meeting your needs.

Finally, with Intel and AMD now closer in performance than we’ve seen for a very long time (perhaps ever) and competition being so real, both CPU brands are going to serve you well and I don’t think you can go wrong with either an AMD 5000 series or an Intel 10th Generation platform. The focus should be more about enjoying/using your PC for gaming or whatever you need it to do and less about second-guessing or agonizing over your preferred platform.