The initial tests were completed we swapped the older Seagate drives out for 4x6TB Western Digital Red NAS drives.

This project is a long term exercise for us and we will be adding our fifth WD 6TB Red to the Drobo once it is more heavily populated.

With four 6TB WD Reds installed, there is 24TB of raw space installed but only 16.18TB due to provisioning of space to sustain the failure of one drive. 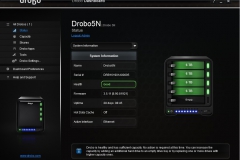 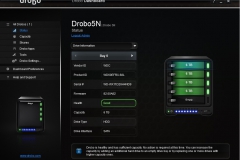 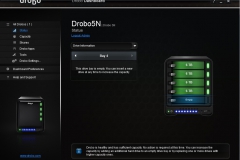 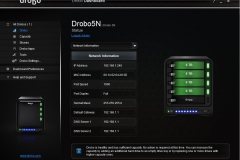 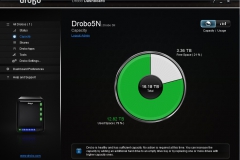 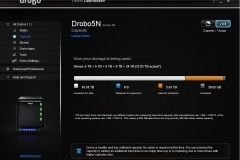 The speed tests with 4 6TB WD RED drives gave us the following results using Crystal Disk Mark to a mapped drive on the Drobo over CAT6 cabling through a single Gigabit switch.

All up, considering the limitation of the single Gigabit port on the Drobo5N, the result isn’t bad at all but we are still keen to see what difference an SSD Cache makes in the mSATA port.

So what are we going to do with all that storage?

The steam Library is now well over 1TB, and it is much easier to have a central repository for these games than downloading them each time we do a new build. On top of that, we also have backups of our Origin, GOG and Ubisoft libraries.

We store both the original photos and the resized/cropped final images that go to the website. This takes up a surprising amount of space – especially as the years go on with image sizes getting bigger. We also keep the digital manuals of all the products we review for easy reference.

Crashplan backups go to both a local storage location and to the online Crashplan service. The local backup makes it faster to recover if needed but requires the dedicated space for the ever growing backup file.

The workstations and local file server backups are one thing but our website backups, test environment Virtual Machine backups and even iTunes libraries take up their fair share of space as well.

Whilst we could probably reconstruct some of this stuff if we lost it, it would take a fair amount of focus and time.

We also image our concept builds, test benches and other systems that we work on so that we can restore them to a known working state without having to rebuild from scratch, these images take up a bit of space.

There are also some backups of Virtual Machines on the Drobo as well. We run them locally from our main workstation but the snapshots are kept on the network for when accidents happen.

Our Digital Life (home use)

In my household, we get almost all of our bills electronically and those that we get on paper, we scan them once paid and shred them. The same applies to receipts. We just don’t have the space to store more than 7 years of invoices, receipts, warranties, statements, quotes and other paperwork. Add family photos and videos to the mix and you have a package of data that is absolutely invaluable to us and basically irreplaceable.

Digital media takes up more and more space as technology evolves. Full HD content used to be the ideal but with the growing popularity of 4K monitors and TVs, file sizes won’t be getting any smaller.