Deep Cool provided us with the Lucifer CPU Cooler from their Gamer Storm line up – let’s see how well they managed to balance performance, noise and price. 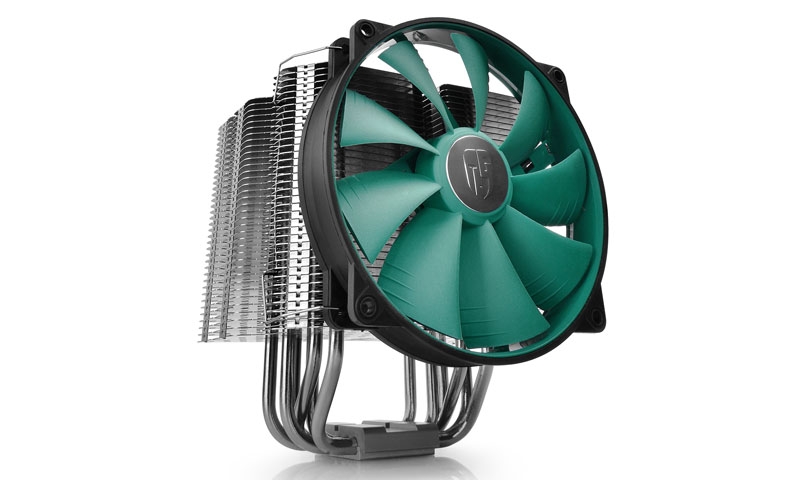 The Lucifer 140mm CPU cooler is the first Deep Cool product we’ve reviewed here. This was the stand out from the cross section of products that they made available to us for some recent LAN builds that we’ve had on show at some recent Melbourne Respawn LAN events. The Lucifer is one of the enthusiast gaming products released under the Gamer Storm branding from Deep Cool and aimed at gamers with a budget that still want a good performance to noise ratio.

At 140mm, the Lucifer comes with the expectation of serious cooling. I’m not exactly sure what the logic is behind the shape of the tower but it allows for one fan, two fans or even ‘no fans’. The actual tower itself allows you to use tall memory but if you want the fan to set flush on the front, low profile memory is the way to go. The Gamer Storm branding is subtle with the logo on the top of the heat sink and a chrome like badge on the hub of the green/black 140mm fan.

I looked forward to testing the passive operation of the Lucifer and was surprised with the stock CPU result. There are 6 heat pipes soldered onto a highly polished copper base that seems to transfer heat well to the rest of the tower heat sink.

The included 140mm PWM ‘Silent’ fan is really quiet in general operation and didn’t get our attention acoustically until we were overclocking and really pushing the temperatures (and therefore RPMs).

The price is also worth mentioning – the recommended retail is $59 which will make it an attractive option to many gamers as long as it delivers on the performance front. At the time of checking, $59 makes the Lucifer the least expensive CPU cooler in the 140mm range at PCCasegear. 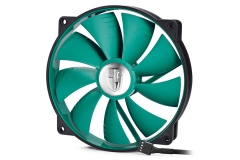 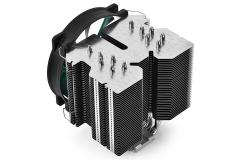 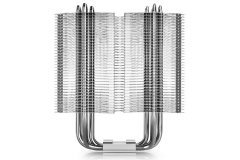 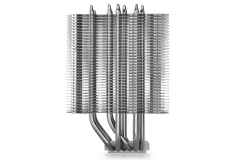 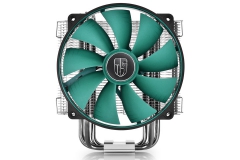 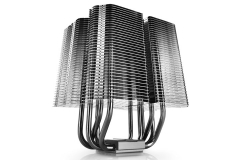 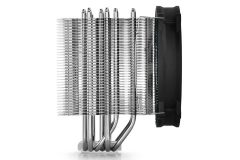 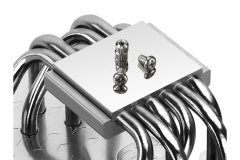 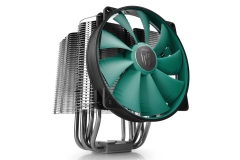 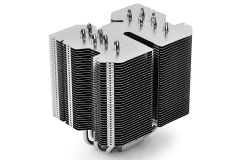 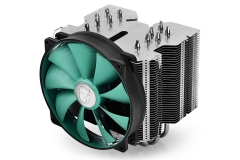 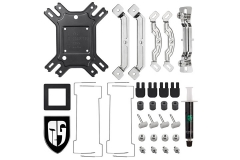 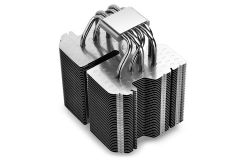 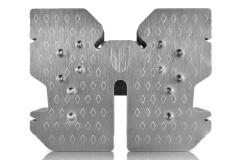 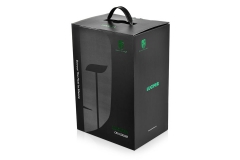 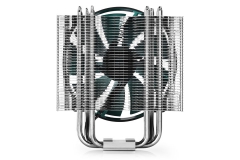 The features as outlined by Deep Cool are below

“Lucifer CPU cooler is designed to cool the mainstream processors in fanless mode to create a totally silent system; meanwhile, Lucifer is capable of cooling high-end processors with the help of good airflow inside the case.”

“The bundled 14cm patented rubber fan is able to enhance the cooling capacity of Lucifer up to 300W. Users can install the fan as a push or pull.
6 High-Performance”

“The six pieces of copper heatpipes are specially placed asymmetrically to avoid the interference with the memory. Lucifer excels not only in cooling performance with these 6 heatpipes but also in high compatibility with the system configuration.”

“Heatpipes are firmly soldered onto the copper base to enhance the heat conductivity from the processor to the heatsink. For the quickest heat transfer, the copper base has been CNC machined into a flat surface with a little convex design.”

Our Assessment of the Fetaures

After testing the Lucifer against the marketing claims, I can confirm:

What’s in the Box

It’s pretty straight forward. Inside the black and green box, you get a well backed tower heat sink and a separately packed 140mm PWM fan with a sleeved cable. The accessories include: