If you are looking for something to fill a room with quality sound without breaking the bank, the Edifier S2000Pro powered Bluetooth bookshelf speakers might well be the answer. These bookshelf speakers are capable of scaling well to suit spaces from a study/bedroom to a living room – or perhaps even larger. 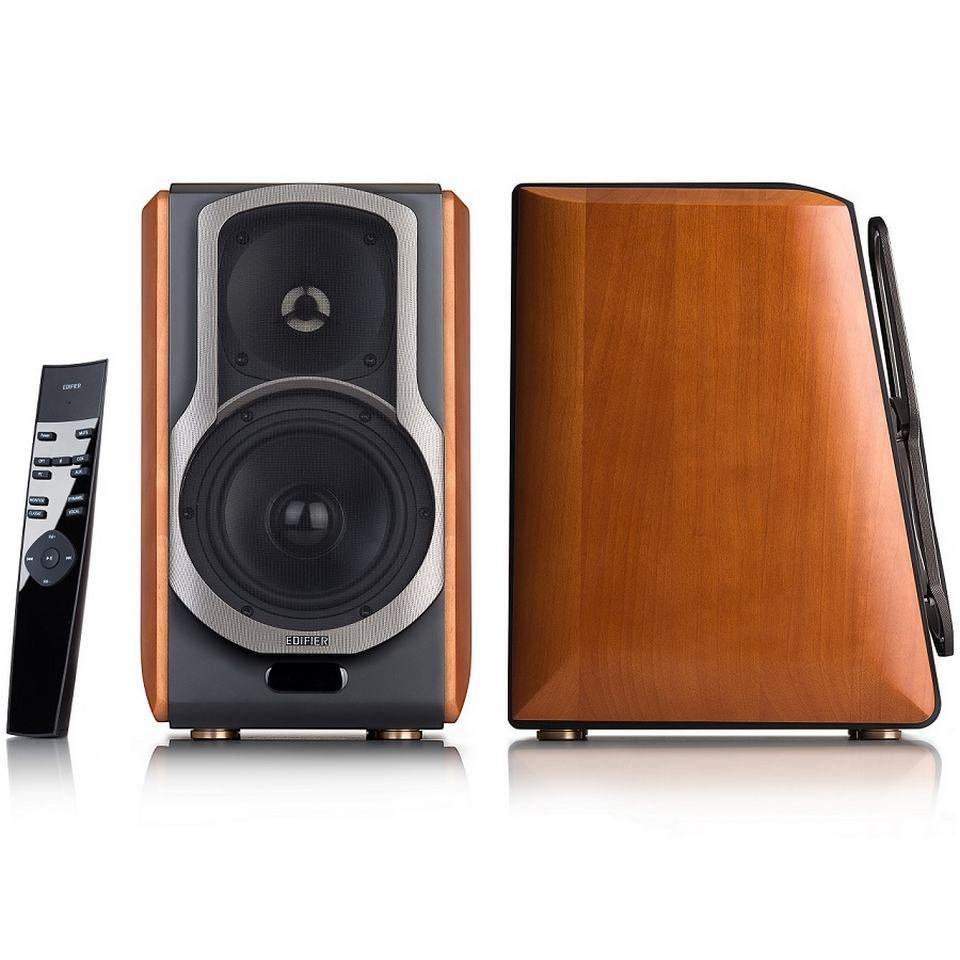 The Edifier S2000Pro is a pair of bookshelf speakers with 2x12W (treble) and 2x50W (bass and mid-range) drivers delivering a frequency response of 48Hz~20KHz. Edifier has implemented a strong aluminium cone woofer which goes a long way towards explaining the clarity observed during testing. The S2000Pro also boasts support for a digital audio signal of 24-BIT 192KHz.

There’s also four EQ presets available via the remote for Monitor, Dynamic, Classic and Vocal. Although the S2000Pro can operate as a wireless speaker via Bluetooth, there is a heavy-duty cable that runs between them. It’s a long (5m) 5-PIN cable and worth the trade-off in terms of convenience for quality – I’ll take a quality stereo connection over a wireless pairing that is more susceptible to interference or a drop in fidelity.

They are 345mm tall, 200mm wide and approximately 290mm deep so they will certainly take up a decent footprint in a desktop environment but are well suited to a living room entertainment unit. At the time of publishing, I noted that Amazon is selling the S2000Pro for $500AUD but there are some retailers selling them for up to $30 less if you shop around and get lucky.

Weighing in at just under 10kg each, the S2000Pro speakers are about average for their size and they feel solid when placing them down. They also don’t move easily due to the non-slip feet and weight. Once you set them up and get the angles how you want them it’s good to know that the setup will stay that way until you make an effort to adjust it.

The Edifier S2000Pro have a wooden veneer aesthetic with a black central area for an attractive symmetrical appearance. The right speaker has a small indicator area below the speaker to indicate the source. It’s a subtle indicator that isn’t distracting which is important. All controls for the S2000Pro are accessible via either the remote control or the rear of the right speaker – there are no buttons or knobs on the front so it’s best to keep that remote handy. Whilst perhaps a little larger than it needs to be, the remote is easy to navigate and will be more difficult to misplace compared to some of the micro-remotes I’ve used (and temporarily lost) in the past.

The black metal strip does show dust but it wipes off easily with a dry cloth and I’m happy to confirm that the metal isn’t a fingerprint magnet. 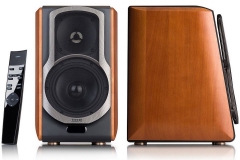 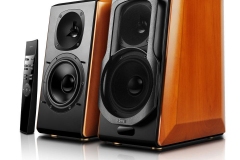 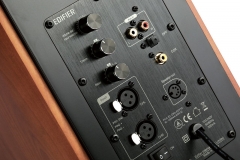 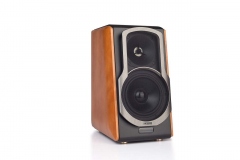 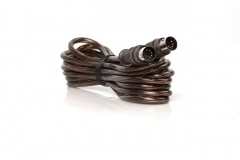 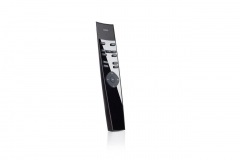 The connectivity combined with the audio performance makes the S2000Pro extremely versatile. In a living room environment, a set of these speakers could very easily play your favourite tunes via Bluetooth from a mobile device by day or during meals etc, then deliver solid performance while watching movies, sport or other content on a TV in the same space. Have a dedicated audio device like a record player, mixing deck or something else? The Edifier has you covered with Digital inputs (Optical or Coaxial), RCA and XLR.

In a study environment, the S2000Pro were absolutely perfect. I was initially concerned that they were overkill and would be either too loud and/or too big.

The volume scales well and whilst they can be loud when cranked up (as you would expect), the S2000Pro also provide impressive clarity at the lowest volume level. The bass is well balanced and still present at the lower master volume with the dedicated bass control at 12 o’clock. Note that all testing was done with the bass and treble control set to ’12 o’clock’ so this can be tweaked to suit your personal preference, environment, source, etc.

I couldn’t fault the packaging or build quality from Edifier either. The speakers arrived in pristine condition and had a premium feel to them from the time I opened the box to the time I placed them on the desk. 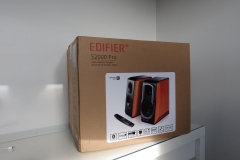 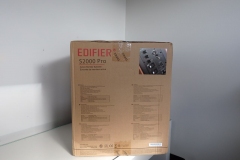 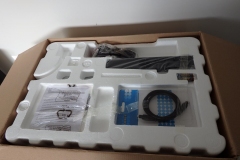 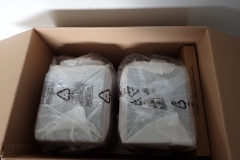 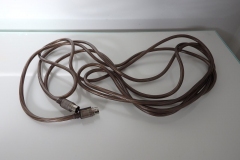 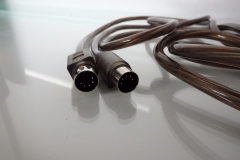 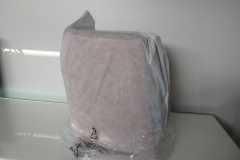 The inclusion of all the cables I needed including a TOSLINK was a welcome bonus.

The finish on our review set was flawless and the connections on the back in logical, clearly labelled positions. 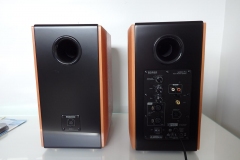 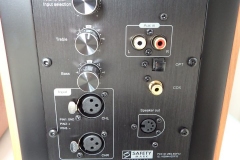 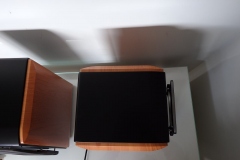 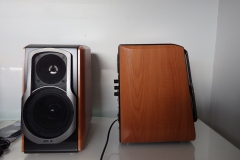 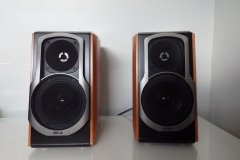 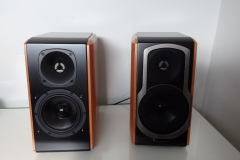 I used our ASUS X399 ZENITH EXTREME Test workstation for all of the formal testing as the audio platform has analogue output, optical digital output and Bluetooth. I also used an iPhone 6S, iPad AIR 2, and Surface Go for Bluetooth audio during the testing period. The core testing for different types of music, movies and gaming was done via the Optical interface for consistency.

For completeness sake, the test system is listed below

If you’re considering paying $500 for a pair of speakers it’s almost certain that you love your music so let’s start here.

I didn’t have any complaints or notice any weak points when listening to music of any genre through the S2000Pro – and I listened to quite a lot over the testing period.

R.E.M’s ‘Let Me in’ (Monster, 1994) consists of a grungy guitar, church organ, light percussion, no drums. The guitar work sounded amazing as did Michael Stipe’s vocals, the percussion in this track is very subtle and at times you could almost miss it but the S2000Pro speakers did the song justice where I’ve seen other speakers compress and mash this song up.

The classic hit ‘Wipe Out’ by The Ventures stood out – If ever there was a song for drums, this one has to be up there. I listened to some surf-rock by the Ventures and the Lively Ones, noting that the drums and 1960s guitar work was nicely reproduced with the S2000Pro. This is more background music for me but I still stopped what I was doing a few times and made a mental note of how good it sounded and the atmosphere it provided in the room.

The S2000Pro also did justice to Coldplay’s – ‘Viva La Vida’. There is a bit going on in certain parts of that song with plenty of low-end and simultaneous high-end strings that can get mashed on other lower-grade speakers – but not here.

Classical, jazz, blues and other general mood music came through sounding clear at any volume so if you are looking to set the mood for any space, large or small, the S2000Pro is up for the job.

The Edifier S2000Pro also performed well for movie watching as I tested with the obligatory Lord of the Rings, Star Wars Episode IV and Gladiator. Despite not having a dedicated discrete subwoofer present, I didn’t miss it in the living room test. These speakers are more than adequate for bedroom/study movie watching. The experience was the same when watching sport and listening to the audio through the S2000Pro. These speakers can fill a room for an immersive experience but also operate effectively in a smaller space without an obvious compromise in clarity.

YouTube, music videos, comedy/panel shows came through clearly and it started to become obvious when some YouTubers didn’t have their mic setup on point as the professional content from the more polished productions sounded much better. This is something that wasn’t anywhere near as apparent when I switched to smaller bookshelf speakers.

Gaming can’t be ignored and although the Edifier S2000Pro speakers aren’t aimed at gamers, if you like your music but also game, they’ve got you covered. Adventure gaming in titles like Elder Scrolls Online where the soundtrack is quite rich was very immersive with the environmental sounds also coming through very clearly. Action titles and first-person shooters where there is typically a lot of bass and competing chaotic sounds were thoroughly enjoyable. 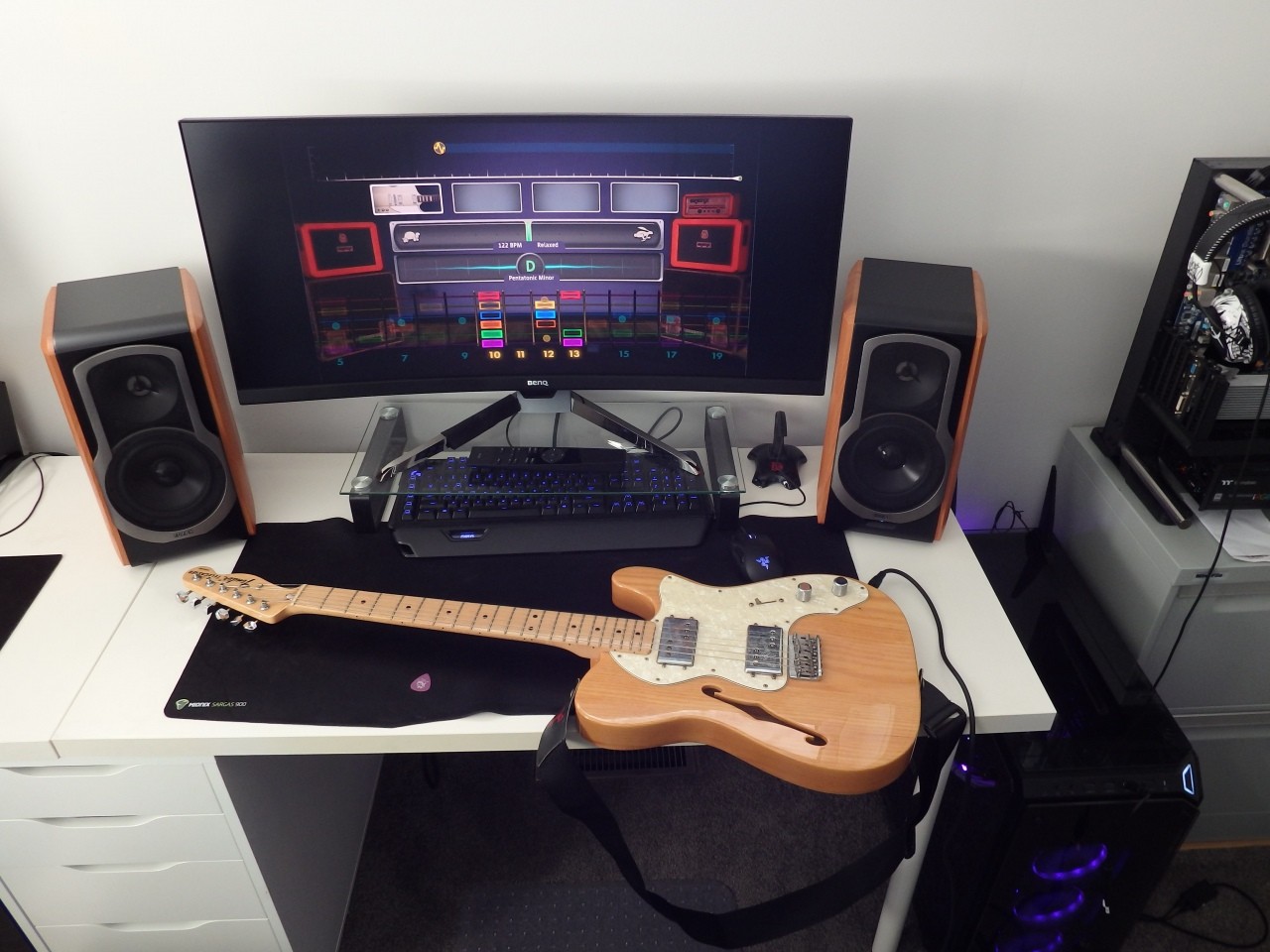 Music-based games like Audiosurf and Rocksmith are a dream with the S2000Pro. Rocksmith allows you to learn or play along with over 1,800 songs with your electric or bass guitar through your PC. I usually use headphones when playing this game so it was a real treat to play it with speakers of this level. This was probably the gaming highlight of my testing with the S2000Pro – despite the obvious overkill. If you’re mad about Rocksmith, these speakers won’t disappoint!

S2000Pro certainly fills the room better than a smaller set of speakers like the Z533 and with more conviction – as they should, given the difference in spec, but if you have some desktop speakers and are considering an upgrade, the Edifier S2000Pro is certainly a step up for a study area.

Practising the guitar with BIAS FX through PC with the S2000Pro was surprisingly good. Whilst not a substitute for a dedicated quality guitar amp, it will probably do just fine as a “Plan-B” for anyone who is looking to consolidate their equipment or kick back with a guitar in their study/bedroom.

In general, I found myself really enjoying many of the songs in my Spotify playlists all over again. As someone learning electric guitar, I was also appreciating the clarity of the S2000Pro speakers as I listened to the chords and pedal effects of songs in both studio and live recordings. The Edifier S2000Pro speakers are great for games and movies, overkill for normal desktop use but you can tell that these were made for enjoying music both up close and from a distance.

It seems decadent to have these speakers in a study or bedroom but if you’re looking to spoil yourself it’s not a bad way to do it. The Edifier S2000Pro would be well at home in a living room where you can listen via a connected audio device or even use your mobile device via Bluetooth. Some TVs have Bluetooth connectivity and could connect wirelessly but if you do need to use a cable of some kind, the S2000Pro has you covered with coax, optical, RCA.

As someone learning electric guitar, I’m currently paying particular attention to different effects that artists use and also the subtle but important touches that guitarists execute in different songs. The S2000Pro setup was great for really ‘listening’ to music as opposed to playing music as a background ambience function – which it also does very well.