The difference between listening to music, enjoying music and feeling music usually comes down to the quality of your headphones. Blue has delivered a truly inspiring audio experience with their Satellite headphones that allow you to enjoy your favourite artists while blocking out distractions with Active Noise Cancellation. 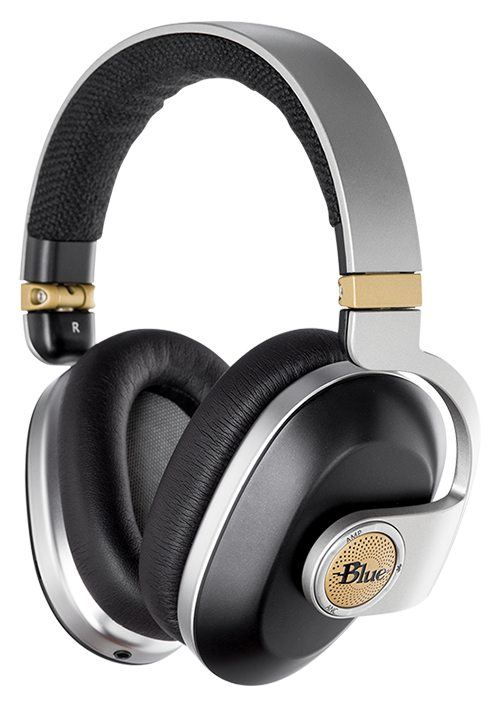 The Blue Satellite headphones are a higher-end set of headphones geared for listening to music that also has active noise cancelling, Bluetooth and call answering capability. The sublime audio experience is delivered via a pair of 44mm drivers with the active noise cancelling managed very well by a dedicated pair of 30mm drivers. Connectivity includes both 3.5mm analogue and Bluetooth which means that you can still use them without power if your device has a headphone jack. Blue also included an ‘Audiophile Amplifier’ for even better sound.

In terms of comfort, Blue has found the perfect balance in firmness for my head but I should note that there was a 2-3 week ‘settling in period’ where they appeared to soften a little. I have the ear cups extended about 6mm on each side so it’s probably reasonable to say that my head is of average size for an adult male. I can easily nod my head back and forth without the headphones moving – they even stay put with more rigorous (and uncomfortable) rocking back and forth. Whilst this level of firmness usually comes at the expense of comfort, the Satellite remained comfortable for long periods of up to 5 hours at a time. If I were to use only one word to describe the fit, I’d say ‘snug’.

With a total of four drivers, a battery and the circuitry for both the Audiophile amp and active noise cancelling, you could be forgiven for being concerned about weight but surprisingly, the Satellite only weighs 386g. If that seems heavy, consider that the popular HyperX Cloud eSports gaming headphones with only 2 drivers, no battery, no wireless function or advanced circuitry weigh in at 350g. This comparison makes the Blue Satellite only 36g heavier than a pair of gaming headphones designed for extended use.

The Blue Satellite headphones are not what I’d consider a ‘gaming’ headset due to the microphone only working in Bluetooth mode – having said that, games certainly sound amazing and the active noise cancelling feature can certainly help to preserve immersion. So, despite not being a gaming product, if you don’t use your microphone, these are going to be great (if a little overkill) for enjoying games.

Aesthetically, the Satellite has an above-average intricate design that is also quite practical in terms of button/control placement and ability to fold up for travelling. 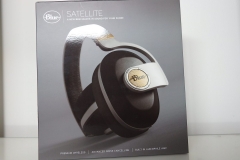 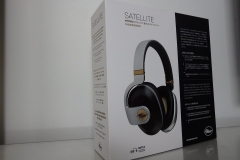 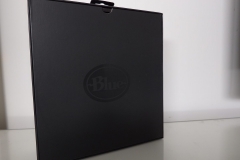 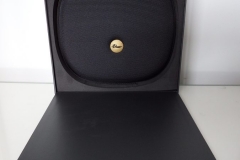 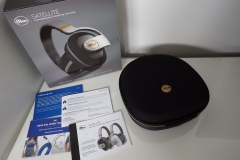 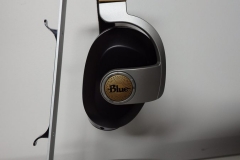 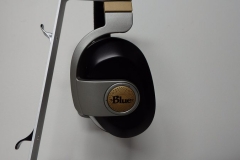 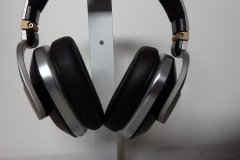 The tech specifications are listed in the table below: 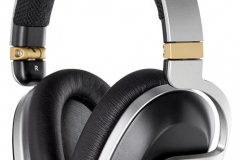 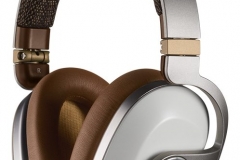 The ANC is the hero of the product. Blue has designed and executed this element flawlessly. Rather than following the popular convention of using the same drivers for audio output and the ANC, Blue has dedicated 44mm drivers for the selected audio source and used the second set of 30mm drivers for the ANC signal. In addition to the ANC function, the earcups also provide good isolation from the outside world so when you engage the ANC via the button on the left ear cup, the result is impressive. The Satellite ANC was able to completely counter the sound of a bathroom exhaust fan – this was without any other sound being played through the 40mm drivers. 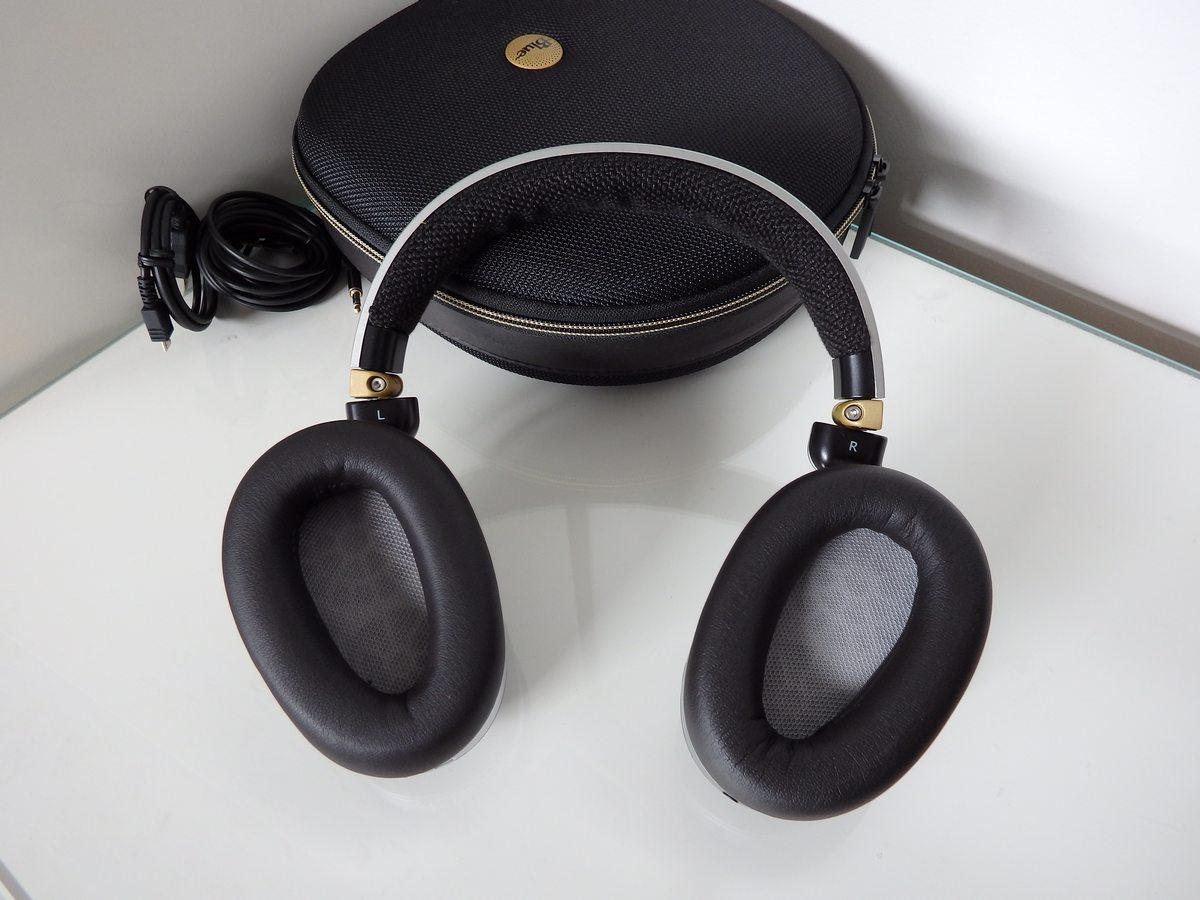 I was able to enjoy my music and media without distraction on several occasions when people were talking to me from as close as 1m away. As someone who is easily distracted, the Satellite certainly made it easier for me to focus on the task at hand.

Whilst this does raise some negatives such as appearing antisocial and not being able to hear what’s happening around you, it’s not a product issue and people need to use the ANC of any product in a sensible way.

With such impressive active noise cancelling, the Audiophile Amplifier makes the sound seem louder, brighter and more full without any distortion or lack of clarity. The bass is also a little deeper but not overpowering.

I really liked the impact of turning on the Audiophile Amp but thought the Satellite also sounded great without it. In real-world use, I found myself flicking it on for music and leaving it off for all other content.

The volume, call controls, ANC and amplifier buttons were all easy to reach and identify. My only criticism here is that the labels started to fade after about 3 months of use but there are only 6 buttons and its easy to remember what they do – after the first week I didn’t even look at the labels. 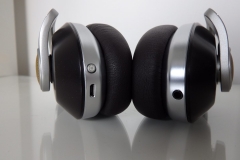 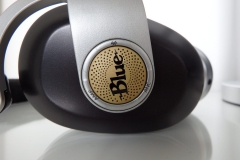 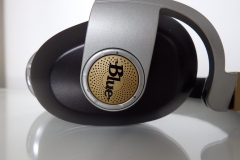 They come in a case that will keep them safe but they also fold up so that you can carry them in a more compact way without the padded protection. 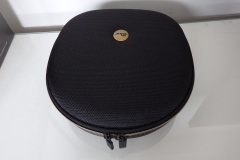 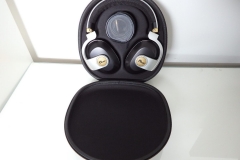 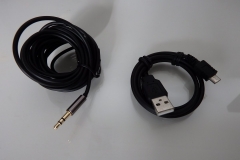 Audio reviews are typically very subjective so for context, I’m not an audiophile but I do love my music, movies, video games and having recently taken up the electric guitar, my ear is now starting to become more attuned to subtle elements of songs.

I used this headset for six months and remained impressed by them throughout the whole period. I actually found myself gravitating to the Satellite headphones whenever I needed to use a headset – even when another headset was connected to a workstation and sitting on the desk…. I’d switch it out for the Satellite.

There were several days where I made a point of wearing the Satellite for the whole day, listening to music and taking calls to see how the battery life stood up. To my surprise, I didn’t have any issues with feeling the weight of the headphones on my neck nor did I experience any sore/pressure spots on my ears from the ear cups. Given that the Satellite is one of the more firm headsets I’ve tested, I expected it to trigger symptoms of fatigue.

Phone calls were clear and none of the people I spoke to had any trouble hearing me nor did they note any issues with background noise so the microphone seems to be well balanced for sensitivity.

The battery life was variable and difficult to categorically define in terms of “You can listen to X hours of music” or “You can have X hours of talk time when making calls.” The reason for this seemed to correlate with the following factors:

Typical playback hours with low-moderate (sensible) volume without using the ANC or Amplifier was between 21 and 25 hours. The testing used to get this range included music, movies, podcasts and sparse phone calls. The type of content and the amount of noise in what you listen to will mean that your experience may vary.

The Satellite also has a 3.5mm analogue jack so that you can use the headset in passive mode without the ANC or Audiophile Amp. I used this connection a lot, especially when listening in a quiet environment.

When paired with my Samsung Smart TV I watched several movies and listened through the Bluetooth connection to the Satellite. The audio felt true and there was no delay or static – it was perfect and I was able to watch action/loud movies without disturbing the rest of my house.

Games sounded great too. Zenimax’s Elder Scrolls Online has a beautiful audio soundtrack and this title was very immersive on a 35″ 3440×1440 Ultra-wide display and the Satellite headphones. Battlefield 1 is another title that has crisp combat audio and despite there being a lot going on, the Satellite headphones were able to give me a clear representation of the carnage I was fighting through. There were many other titles but I’ll cover it off by saying that I couldn’t find a single game where the audio experience was lacking and having the Active Noise Cancellation function available helped to preserve the immersion when external distractions were present.

Ubisoft’s Rocksmith is similar to Guitar Hero but you use a real electric guitar or bass to learn and play along with your favourite songs. The Satellite headphones became my headphones of choice for this game/program. It’s a great way to chill out or rock out and the Satellite made the experience notably better than any of the gaming headsets I had in the lab.

Bush’s Glycerine has a few contrasting audio tracks with violins, distortion guitar and the gravelly voice of Gavin Rossdale all happening at once. There are no drums or percussion to get in the way and the Satellite headphones performed well here.

Sound Garden’s iconic Fell on Black Days performed acoustically by Chris Cornell Songbook album (2011) was a great example of a live acoustic performance and represented extremely well through the Satellite. Having been lucky enough to experience this song live during the Higher Truth tour in 2015 I appreciated the experience through these headphones.

‘Atlanta’ by Stone Temple Pilots was also a good example with Scott Weiland’s distinctive voice, their trademark guitar and bass but with some strings coming through as well.

Classical and jazz also go well with the Satellite and the ANC function worked well here for the softer and more delicate tracks that are more susceptible to interruption from external environmental noise.

Acoustic performances were much more enjoyable than on any other headset I’ve used and the difference was telling in all the music tracks I listened to.

The Blue Satellite would be my personal choice if I was in the market for a new set of headphones tomorrow. The sound is their key strength followed by amazing comfort but there’s more. The active noise cancelling function is also incredibly effective and the “Audiophile Amp” will give your music a little more ‘fullness.’ The battery life is also pretty good considering there are 4 drivers in the headset and an additional optional amplifier. Whilst high, the price is still very reasonable considering the other products available in the same range.

The $699 price tag doesn’t make these an impulse buy but after using them I’d consider the Blue Satellite headphones reasonably priced for the experience they deliver. If you hunt around, you might be lucky to snag them on special with Kogan recently selling them for $599 online which is a good value.

If you are ever going to go all out and treat yourself to a headset for the enjoyment of music, movies or games, the Blue Satellite has to be at the top of your list.