Kingston went one-up on their already well-received Cloud headset with the Cloud Revolver – we just wanted to know how much better could it really be and would we be able to notice it? The answer came pretty quickly.

Kingston impressed us with their ‘Cloud’ headset in 2016 and we’ve had the ‘Mav edition’ Cloud headset as part of our testing gear for over a year. We received a Cloud Revolver headset for review and were not sure what to expect as the Cloud seemed like a pretty good set of cans for the price and we didn’t have any complaints. I’d like to point out that this is a gaming headset review so any audiophiles can read on at their own risk.

The Kingston Cloud Revolver has 50mm drivers, a dual head band, detatchable microphone and some great cable accessories to suit consoles, phones and PC. The Revolver has a 12Hz–28,000 Hz frequency response range and impedance of 30 Ω. 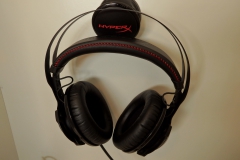 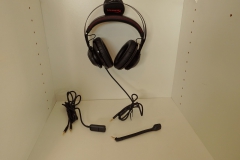 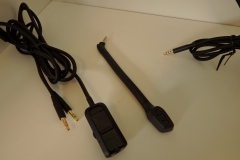 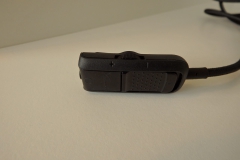 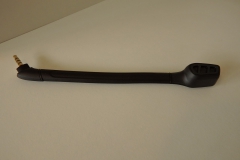 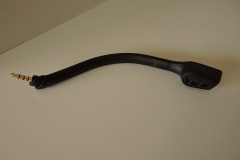 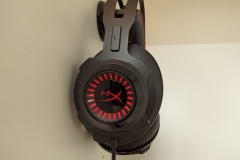 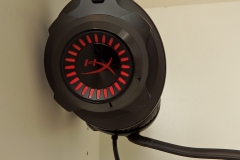 This headset is seriously comfortable and light so you can wear it for extended periods of time without any discomfort. The connections are 3.5mm to allow gamers who have a decent sound card on-board sound solution to appreciate it.

Aesthetically, the Revolver has a black and red theme with clean lines. The headband is nicely stitched and branded, overall build quality is excellent. Kingston has used screws in places that other vendors may use plastic clips. The Revolver is built to survive. 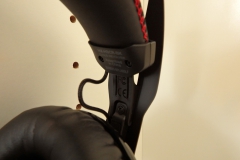 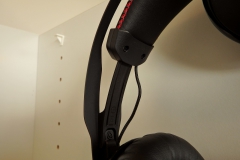 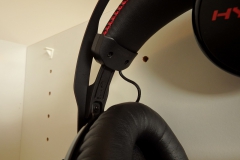 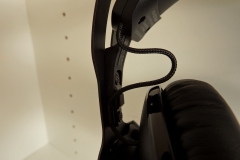 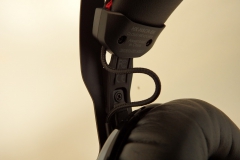 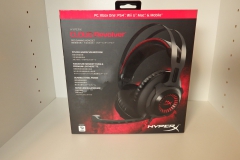 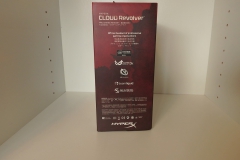 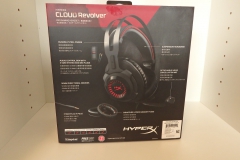 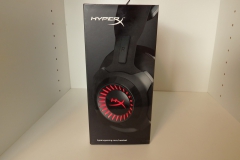 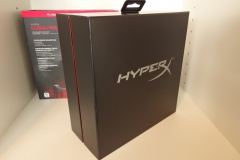 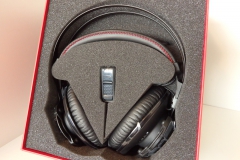 Whilst the ear cups leak sound out, they are very effective at isolating external noise. The fit isn’t tight like the Cloud headset but it is certainly firm enough to stay in place. This is due to the design of the head band where the softer under strap controls the vertical positioning and the upper band controls the tension/grip over both ears. The result of this design is that it makes these less firm than the previous Cloud headset and even more comfortable. After wearing the headset for 4 hours in one stint, I noted that it hadn’t moved out of place, nor had I needed to adjust it during that time despite me working between 2 test benches and moving around more than a typical gaming session.

Listening to music on the revolver is also a good experience and I tried a variety of music. Classical and Jazz was clear, rock and pop brought out punchy bass, electric guitar solos seemed to do the artist justice. The ‘oh wow’ moment for me was listening to an acoustic performance recorded in a club. Whilst listening to this album I was able to hear glasses clinking and people talking during some of the breaks and quiet periods of the performance. I also felt that the acoustic guitar sounded more ‘real’ on the Revolver than other sets I’ve tried in the past – including the Kingston HyperX Cloud Mav edition.

Gaming is similarly impressive. The most interesting experience that I had was when playing Tom Clancy’s The Division. I went to a safe house where you walk around a safe area with other players and NPCs. There is a lot of ambient noise and I kept taking the headphones off because I thought there was external noise outside the headset – in the ‘real world’ of our lab and surrounding rooms. It became apparent quickly that it was the ambient game noise but it still caught me out regularly.

First Person Shooter (FPS) games like Battlefield 1, Star Wars Battlefront and COD were really clear with the headset delivering an immersive experience. I also tested the Revolver with racing games and the Logitech G920 racing wheel setup. The force-feedback of the racing wheel, combined with the bass of the headset made every skid, bump and sharp corner a great experience. The deep bass, external noise isolation, lightweight/low pressure fit of the Revolver headset worked in well with the force feedback of the G920 racing wheel to create a true sense of movement and immersion that you can’t quite get from desktop speakers.

Movie watching also passed with flying colours. I didn’t have any complaints after checking the music scores, voice/dialog scenes, actions scenes with gunfire, screeching tires and explosions – everything sounded great. Personally, I don’t watch movies on a PC but if you do, the Revolver is up for the task.

I tested the microphone in-game with The Division, on Skype and via the included adaptor to my iPhone. In all scenarios, the person on the other end of the call/VOIP said that they could hear me loud and clear with minimal, if any, background noise. The microphone is removable and flexible so you can place it where you need it or completely remove it if you don’t need it. Attaching the microphone is as simple as removing the port cover and plugging the boom in – it literally takes a few seconds.

Priced at $120, you get what you pay for and I can’t imagine the Revolver failing under normal use. As with most things, if you look after it this is a headset that should last a gamer longer than their rig. Let’s put it into perspective, a mid level graphics card is around $400, a high end gaming keyboard is over $100 so is $120 for a quality headset expensive? I don’t think so and I’d drop the cash on the Cloud Revolver without buyer’s remorse.

Kingston has delivered a lightweight but seemingly durable gaming headset that you can wear for extended gaming sessions. The sound is great and the headset will suit gaming, music and movies as an all-rounder. VOIP is becoming more important for online games as team work and collaboration is embraced by developers; The Cloud Revolver also has this area covered. The inline controller is easy to use one-handed and at an appropriate length. The clarity is worth noting – most premium gaming headsets on the market have good clear sound but I noticed that the Cloud Revolver didn’t seem to distort with increased volume. After more than a month with this headset I was unable to fault it as an all-rounder.