Thermaltake have a long standing name in PC Chassis, cooling, fans and eSports gear so when they asked us to take a look at the new Core V71 chassis, there was no way we were going to let the opportunity go.

When the Thermaltake Core V71 arrived, the box was bigger than I had been expecting – then I moved it to the lab and unpacked it to see that this really is a big unit. It’s heavy to move and uncompromising in its appearance. The design is one of robustness and versatility but also one of practicality.

As you can see from the promo shots, it has some very clean lines, large flat surfaces and a vast mesh that wraps along the front and top of the case. The window is also one of the biggest I’ve seen and will keep system builders honest in terms of cable management because if you have a bird’s nest of cables in your rig, it will be there for all to see. 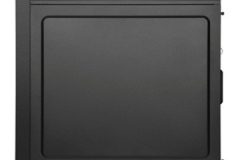 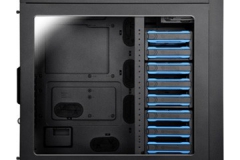 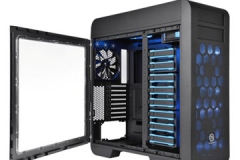 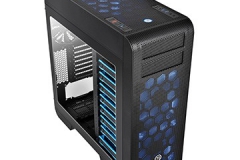 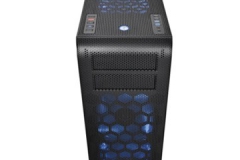 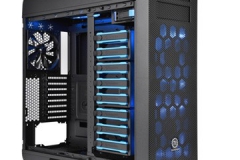 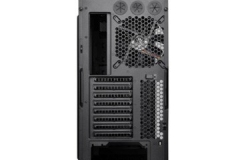 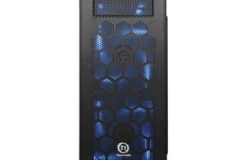 There is a lot to like about the Core V71 and I’d like to kick the review off with an acknowledgement that this case won’t be for everyone due to its sheer size. For those who are happy to have a beastly case with great airflow sitting beside their desk, this offering from Thermaltake could be what you are seeking.

The first things I noticed when unboxing the Core V71 were:

There are also a lot of “One Percenters” in the design that make system building that little bit easier or neater – I’ll get to those later when we take a look at a practical build in this case.