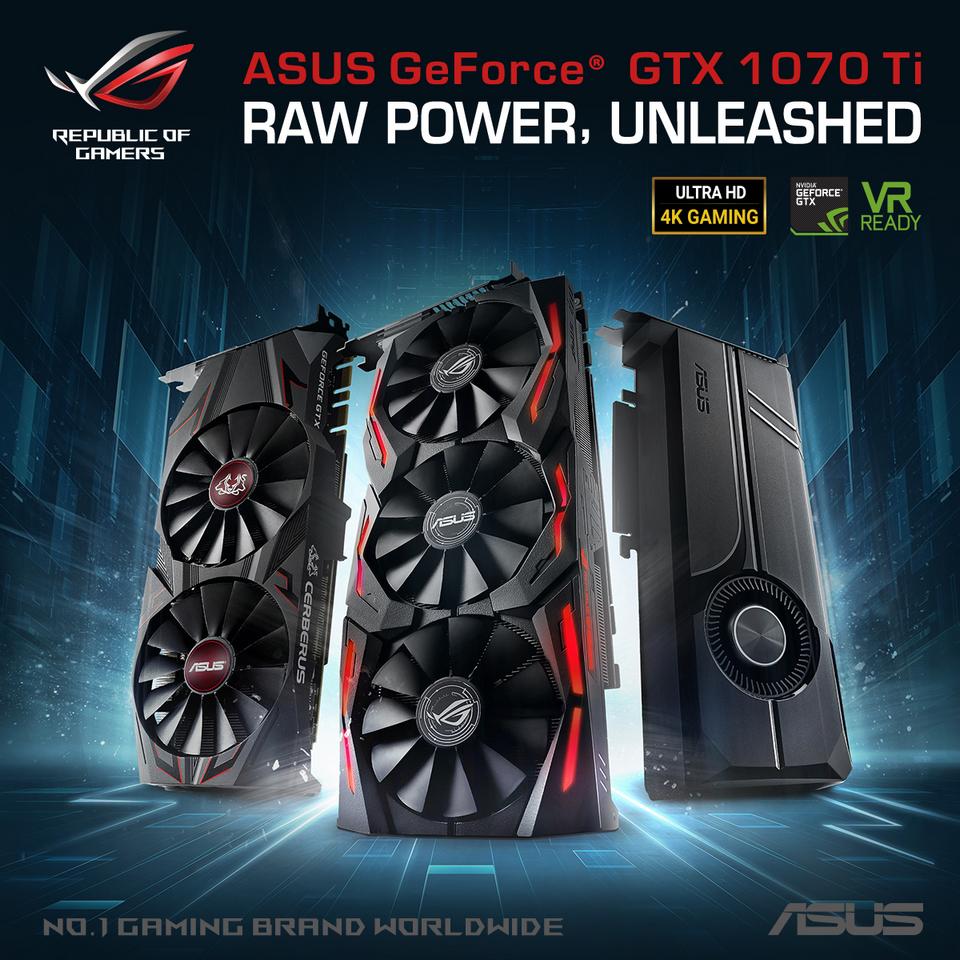 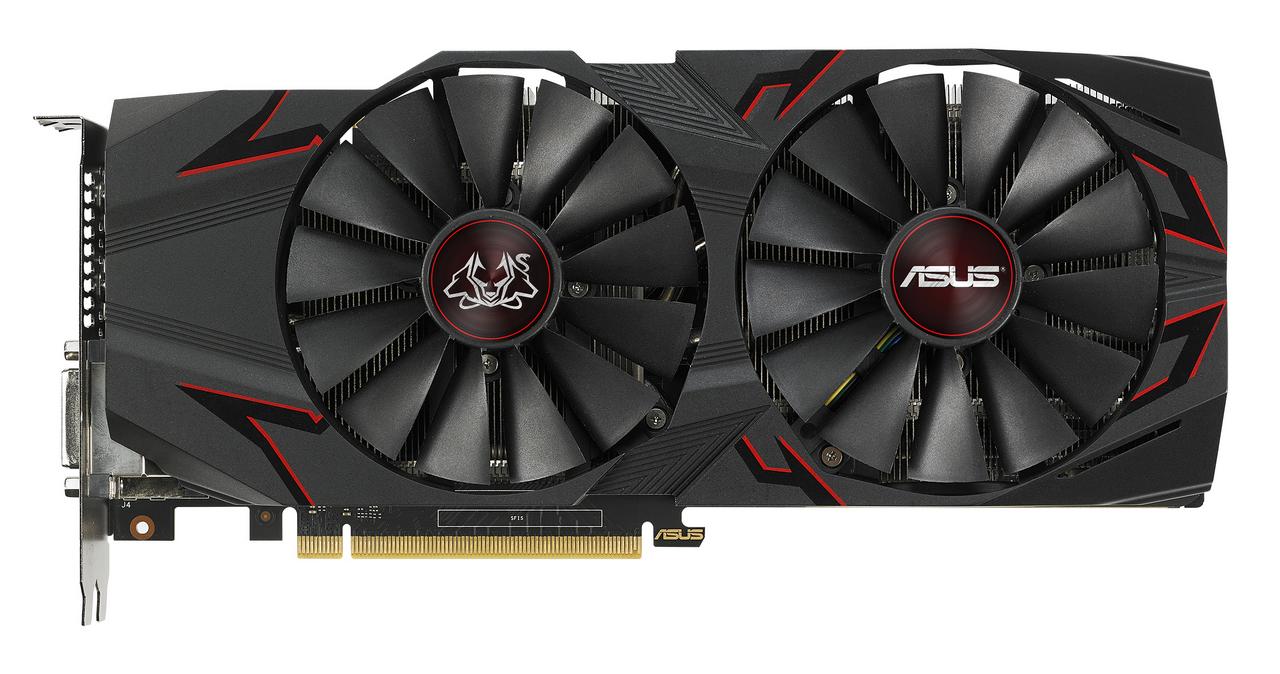 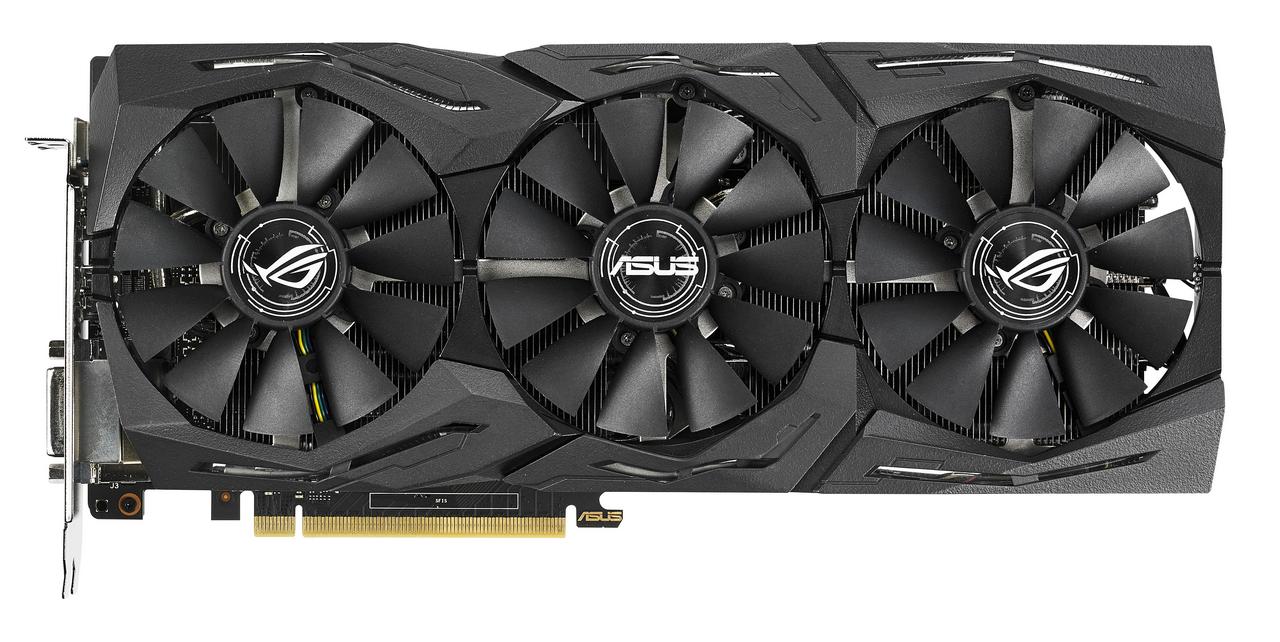 Strix GeForce GTX 1070 Ti is engineered with advanced cooling and reliability features to deliver ultrafast performance, plus Aura Sync illumination for the ultimate in PC personalization. Strix GeForce GTX 1070 Ti is available in two different configurations. Boosted clock speeds of 1721MHz in OC mode for the Standard Edition and 1759MHz for the Advanced Edition offer gamers great flexibility, as well as performance that’s up to 3.75% better than reference in full 4K UHD resolution in top games like Doom.

Turbo GeForce GTX 1070 Ti features a dual-ball bearing fan for up to 2X-longer card lifespan, and a customizable backlit logo to let gamers personalize their system. It also features a VR-friendly design with two HDMI ports.

Cerberus GeForce GTX 1070 Ti is an all-new, high-performance graphics card that’s engineered with the best compatibility and premium reliability for nonstop gaming action. We test each and every card to the max, starting with extensive checks for compatibility with the very latest chart-topping game titles. We also carry out reliability trials that include a 144-hour diskless-system test and 3DMark benchmarking under heavy loading for 15X longer than industry standards.

Whether playing for pleasure or creating commercial gaming environments for profit, Cerberus GeForce GTX 1070 Ti is the gaming graphics card that’s ensured to endure — and with all the power needed to deliver thrilling gaming experiences.

[3] Specifications, content and product availability are all subject to change without notice and may differ from country to country. Actual performance may vary depending on applications, usage, environment and other factors. Full specifications are available at www.asus.com.