The Fractal Design “Define S” has been shrunk down to ITX and the result is something awesome.

The Define series is up to revision 5 in the full ATX size and although there has been significant innovation and improvement along the way, the appearance has remained very consistent with the case being considered the Fractal Design ‘signature’ product by many. One of the most interesting versions of the Define was the “Define S.” There have been other variations in the Define XL and the Define Mini (MATX). Now we have the Define Nano S in the ITX form factor.

This is an interesting move for Fractal Design who already have the budget Core 500, the sleek Node 304, and the slim-line Node 202 ITX cases already in the market. It was a surprise to see the Define shrunk down to the Nano S model as a fourth option for consumers but when we looked a little deeper, having had the opportunity to review the entire range, we see that there is a solution available for everyone. It’s fair to say that Fractal Design has the ITX market covered in terms of function/practicality, aesthetics and component compatibility.

Looking at the Fractal Design ITX range, they have the Core 500 as the most flexible and functional case of the lot but also arguably the less visually appealing compared with its siblings. The older Node 304 is very subtle with a simplistic external appearance but a slightly less flexible internal layout than the Core 500 in terms of water cooling and hard drive layout. The Node 202 is a slimline case that is restrictive when it comes to component selection and can only accommodate 2 2.5″ HDD or SSDs in terms of storage. Now we look at the Define Nano S and where it fits in. 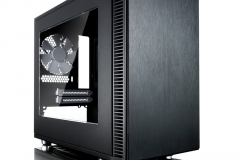 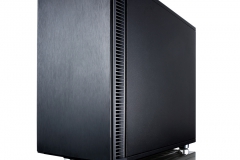 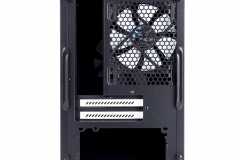 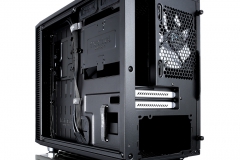 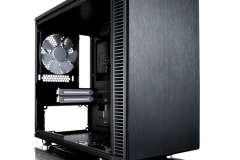 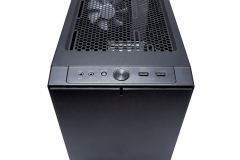 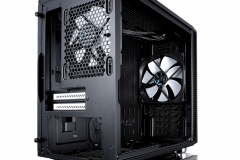 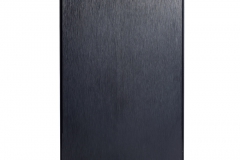 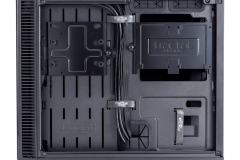 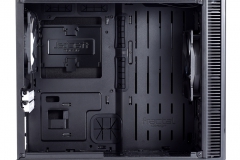 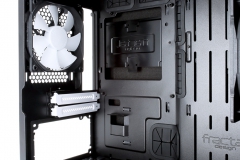 The Define Nano S is taller than the other ITX options from Fractal Design but it is also much more spacious inside. The external appearance is minimalistic and sleek, in keeping with the rest of the Define series. The front panel is flat, having the air intake around the edge of the front panel to feed the stock fitted 140mm intake fan. This really does feel like someone hit a Define S chassis with a shrink ray.

Check out the official Fractal Design “showreel” YouTube clip below. 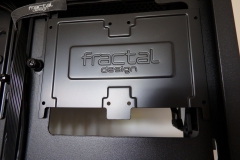 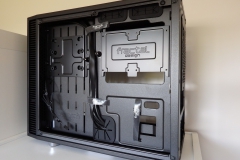 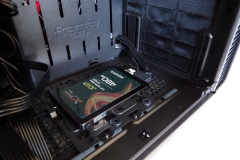 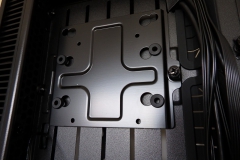 Graphics card support is also good with the ability to fit the 312mm long GTX 970 Gaming G1 card from Gigabyte with the Windforce 3 Cooler. The best thing is that the layout still allows for neat cable management and room to fit out an extensive water cooling system including reservoir mounts.

Acoustically, like the Define R5 and Define S, noise dampening material is fitted to the site panel and roof. 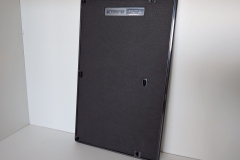 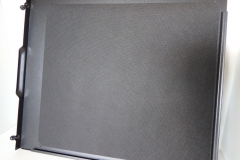 The included case fans are also very quiet for general use. As we have seen with every Fractal Design product over the past 5 years, build quality is excellent and our review sample was flawless. The LEDs, top I/O and power button all have a high quality feel so this case would look good as a HTPC.