During the Futuremark TimeSpy Demo, we managed to record 26dB(A) at a distance of 30cm from the open air test bench. There was a slight whine in the pitch of the cooler but it was more obvious in the open air testing and not something that we noticed in the practical builds.

The RX 480 recorded a maximum temperature of 82C but it exhausted almost all of the hot air out the rear slot and not into the case. On the open air test bench, this didn’t matter but in the AMD Test Bench and Fragabyte mini ITX systems, this had a positive impact on the CPU temps and fan speeds.

The RX 480 found its way into both the AMD Test Bench and the mini ITX Fragabyte Rig – that’s right, two practical builds! We did the AMD Test bench build first, noted the lower CPU fan speeds and ambient case temperatures and it got us thinking about how the RX 480 reference design might go in a tight case like the Node 202.

The AMD Test Bench was setup with the following specifications. The RX 480 was a noticeable upgrade from the previous generation R9 380 and it also looked the part. 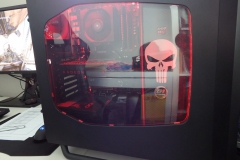 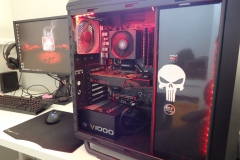 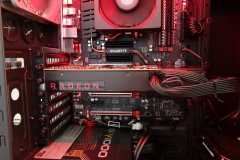 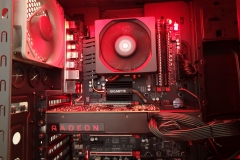 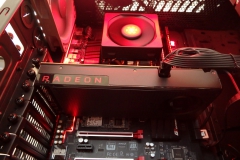 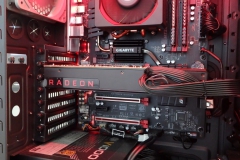 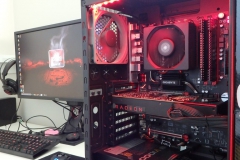 This build is as AMD ‘reference’ as it gets with the reference Wraith CPU cooler and the stock Radeon cooler but it was the best result I’ve seen with stock cooling on an all-AMD platform. The temperatures were good, the noise was also very reasonable and best of all, the performance we saw basically matched the results of the more expensive X99 test bench setup that we used to benchmark the RX 480. For a gamer on a budget, this setup should do just fine!

The Node 202 was originally built as a console-sized build for use in either a lounge room or as a portable LAN build. The first build included a Gigabyte GTX 970 G1 Gaming card with a Windforce 3 cooler. We also used a Noctua L9i cooler. Whilst this configuration worked, the lack of active airflow in the slim case resulted in both GPU and CPU heating up the components more than we would consider ideal. The system never actually crashed but we had been on the lookout for either an ITX card or a reference design to see how much of a difference it made.

Enter the RX 480 reference card. We also replaced the thin standard fan on the Noctual L9i with a standard 25mm thick NF-A9 fan. With both of these changes, the system ran much cooler, much quieter and on par or even faster than the previous configuration. The rig was also able to operate in horizontal (flat) configuration without a thermal penalty as the stock cooler was able to draw the required air in through the base of the Node 202.

At the end of this testing I was personally very happy with the performance profile of the build and would be happy to have a system of this spec as either a LAN rig or in my lounge, connected to my TV. If you like the Node 202, consider a reference-style graphics card and the Noctua L9i – our combination was ideal and easy to build.

The specifications for the Node 202 in our practical build were: 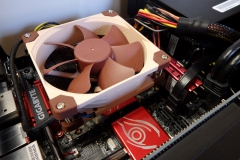 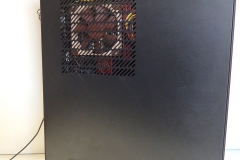 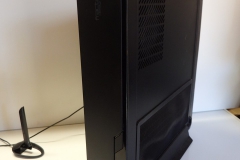 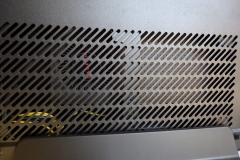 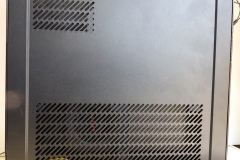 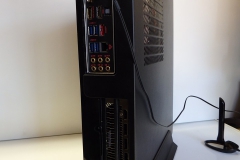 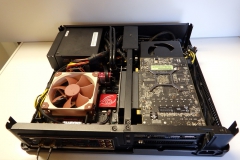 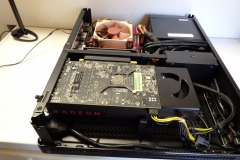 We didn’t have any joy in sustaining a material overclock on the reference card.