Noctua are at the top end of manufacturers in terms of build quality and packaging – it’s clear that they want their customers to receive the product in mint condition. The U9S and D9L are no exceptions. The packaging is solid, bordering on excessively protective but we won’t complain because it’s effective. All the fins were straight and the surfaces nice and polished. The fan clips were all perfectly fitted and the cable braiding on the fans executed to a high standard. The instructions, as usual, were clear and complete. 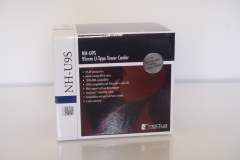 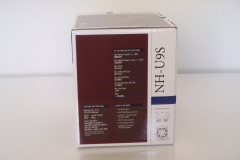 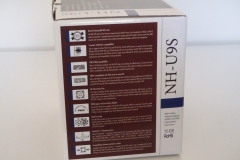 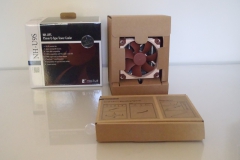 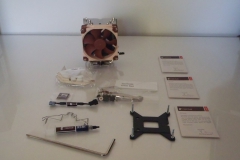 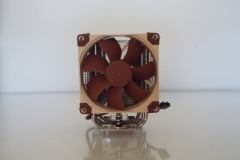 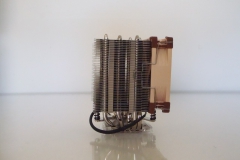 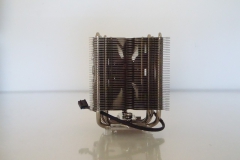 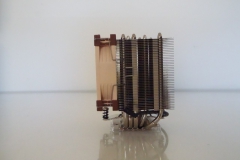 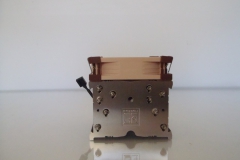 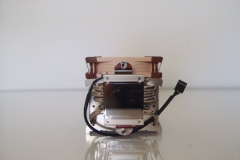 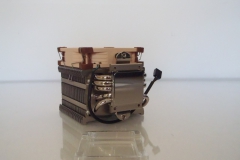 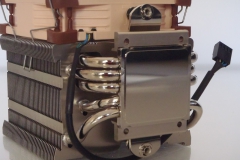 Both the NH-U9S and NH-D9L use the same NF-A9 PWM fan with all the latest bells and whistles from the design team at Noctua. The NF-A9 has an impressive performance to noise ratio and the perfect choice for these coolers. We reviewed the NF-A9 earlier this year, finding that it had all of the aerodynamic features of the larger Premium Noctua fans that resulted in very quiet but highly efficient airflow.

As usual, Noctua has included a range of accessories including an extra set of fan clips for those who want to fit another NF-A9, Low Noise Adapters, the obligatory case badge, mounting kits for all current and some legacy sockets plus the NT-H1 non conductive thermal compound. For the record, NT-H1 is our thermal compound of choice here and the tube included with each CPU has enough for many applications and seems to keep well. The SecurFirm 2 mounting bracket is also a favourite here because it’s so quick and easy to use. If you ever need to replace your thermal paste, even on a stock cooler, NT-H1 is a worthy investment.

Lower profile drags air across the motherboard and memory from the front case fans or vents to the rear exhaust in a conventional case, making for ideal heat exchange. The airflow generated by the NH-D9L is closer to the motherboard than taller heat sink towers or case mounter radiator fans.

This won’t matter to many people but having a 3RU height will suit a niche market and it’s also a way to guarantee compatibility in some specific applications where rack mounted servers also need to have a lower acoustic profile.

Unless you want to fit a second fan to the front of the NH-D9L, both of these coolers have 100% memory compatibility and don’t overhang or interfere with the memory slots next to the socket. This small footprint is awesome.

100% compatibility with PCIe cards on mini-ITX

As we have found in our testing, some Mini ITX and Micro ATX boards have compatibilty issues with 140 and 120mm tower coolers and even some 120mm low profile coolers. The compact footprint of the NH-U9S and NH-D9L makes these a sure thing in terms of PCIE and RAM clearance – so a really safe buy in terms of motherboard compatibility.

The maximum speed of the NF-A9 can be reduced from 2000rpm to 1550rpm using the included Low-Noise Adaptor which is nice but we probably wouldn’t use it with the current software available for managing the PWM thermal curves. It’s great that Noctua include it but we think it’s an example of them going the extra mile. The PWM capability is great and the NF-A9 changes speed very quietly.

Both of these coolers come with a second set of fan clips and a “Y” splitter cable to connect a pair of PWM fans to a single 4-PIN CPU Fan header. The clips were expected but adding the splitter cable just adds to the premium feel of the package. I wish all manufacturers put this much thought into how system builders were going to use their products.

This is the best mounting system we have ever used – its our benchmark in the lab and the reason why we use Noctua Coolers by default on the test bench.

Compatibility with past and future sockets

Noctua is known for providing new mounting kits as new sockets become available. Again, this is premium support and not something that we expect by default from manufacturers.

Both coolers and fans come with a 6 year warranty. 6 Years is a long time and longer than most PCs remain useful but it shows the confidence that Noctua has in their design and manufacturing process.

The U9S looks like a square fin stack with a groove at the back that allows access to the rear mounting screw with the included screw driver. You can fit an additional fan at the back with the included wire clips and there is also a “Y” power splitter in case you need it. The finish is nice and it feels heavy and compact – almost looks stocky when you mount it. 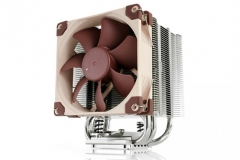 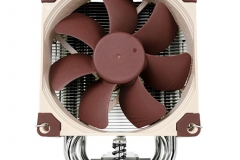 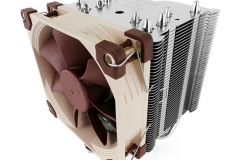 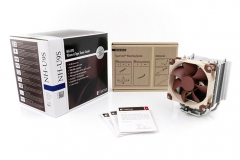 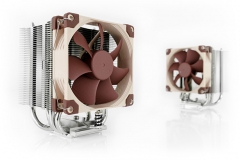 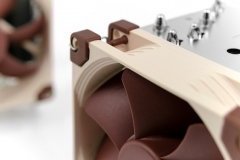 The NH-D9L is a different beast and as mentioned earlier, it looks a little like the new NH-D15S only less than half the size. splitting the fin stacks and sandwiching a fan in the middle means that the height of the cooler can be lower than the NH-U9S. The only real compromise here is that fitting a front fan may require it to sit higher depending on your RAM type and configuration (which slots you actually use). Again, Noctua has included everything you need to fit an optional second fan. 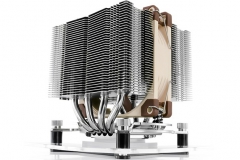 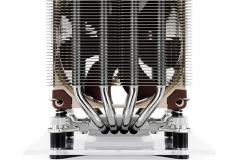 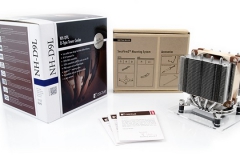 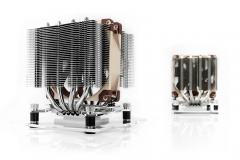 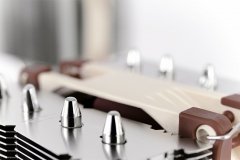 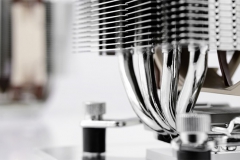