If we look at the specifications first we can see that it’s not light, weighing in at 1.5kg and it’s packed with almost all the features a gamer could want with the exception of USB pass through. Whilst this isn’t a big deal for me as I use a mouse bungee anyway and route my mouse cable, it might be an issue for some people.

Specifications of the Logitech G910 Orion Spark are:

The packaging was premium grade and as we unboxed the G910, it just felt special. There is no software included in the box, you need to go to the Logitech website to download it. This isn’t unusual and is a good way for vendors to make sure that you are installing the latest version and increase your odds of having a good experience with their product. 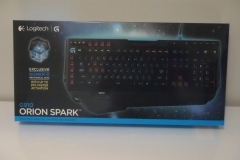 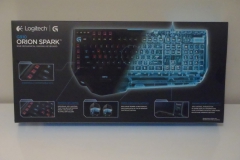 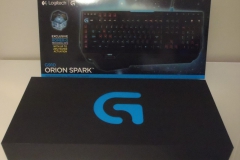 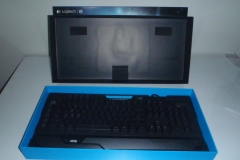 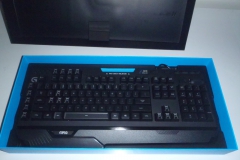 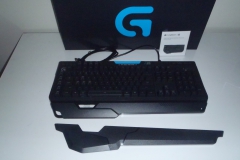 We tested this with AquaKeytest. Although I was able to activate more than 20 keys using both open palms, it wasn’t practical – safe to say that if you can hit it and the game will register it, you won’t have any issues with the G910. In 6 weeks, I didn’t see any evidence of ghosting or any other input registration issues with the G910 Orion Spark.

This ‘makes’ the keyboard and gives gamers the best of both worlds in great actuation and responsiveness without the noise that we have come to accept and expect from mechanical keyboards. The keys are quiet but not silent and the G910 makes more noise than my old rubber domed G110 but the actuation is so much better as is my typing accuracy.

We see 3 macro set buttons in the top left corner and 9 ‘G’ keys with 4 along the top and five down the left hand side. With the macro sets as a multiplier, this gives gamers up to 27 macros easily available without remapping other keys via the software. Media keys are where we have become accustomed to seeing them on the top right and there is also the familiar barrel volume controller, dimmer button and a ‘Gaming Mode’ button to disable the windows keys. The gaming mode switch has an indicator on it to clearly identify when it is active.

It’s the first thing you notice when looking at the keyboard and it’s supported by some nifty software. Backlit keyboards are the way to go regardless of if you are looking for a mechanical keyboard or a non-mechanical alternative – I can’t imagine gaming without one. The quality of the backlight is important, particularly an even backlight and also the quality of the etching on the keys. By having individually backlit keys, the G910 has even backlighting and no bleeding of light in between the keys. Logitech used their trademark font on the key caps which is easy to read. The font on the G910 is an improvement over the alternative G710+. We’ve got some examples of the backlighting further down the page.

The Logitech Gaming Software is nicely polished and will also runs the rest of your Logitech peripherals if you have them. In addition to the Widows based software, there is also the ARX Control app for your smartphone or tablet. This app allows you to: 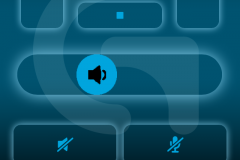 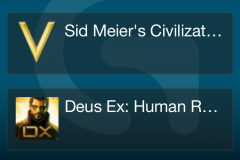 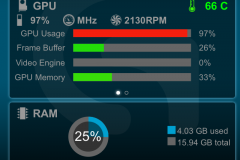 Colour configuration can be managed by profiles that are linked to applications. When the application is executed and active, the Logitech Gaming Software detects it and activates the profile. Although this is commonly referred to as Game Detection, you can use it for any application. In the Logitech Support video below, they use IE for the purpose of demonstration.

We played around with it a bit and had the results below. Please note that we also have an RGB LED strip running between our desk and the wall. The photos didn’t look any good with the room light on or in total darkness so we used the LED light strip to give enough ambient lighting for the G910 lighting effects to pop. The backlight profiles can really add to the ambience and immersion of gaming but also makes it a little easier to find the key you are looking for sometimes.

The default profile that we used had all keys lit evenly in blue. 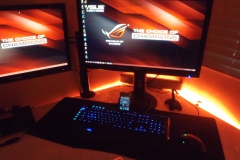 We chose a green backlight for our Battlefield 4 profile and only lit the keys we needed. This is great unless you type/troll in the ingame chat – if you do this, you could set all of the other keys to a low lit green to make them legible but not ‘pop’. A good example of custom colours would be to change the colours for the comms channels (squad, team,all) so that it’s easier to use the right channel. 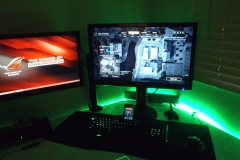 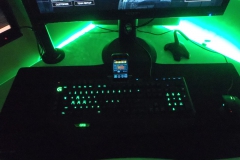 Yes I’m one of the few people who still play Titanfall occasionally and as a casual player, it helps to have the active keys lit up. After the photos below were taken, I also changed the eject key to be red because I can never remember which one I mapped to it. 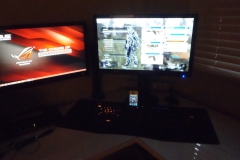 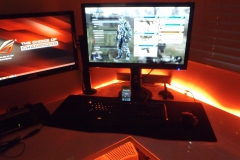 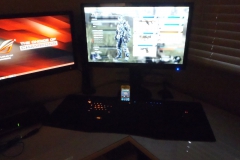 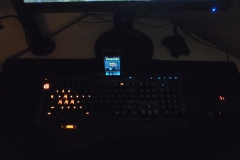 The main thing to note with the Starcraft II profile is that the macro key are lit up. The other profiles don’t use the macro keys and they are dark but in SCII, these are lit up to make hitting them that little bit quicker. 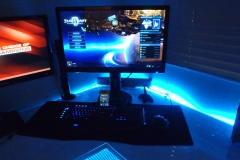 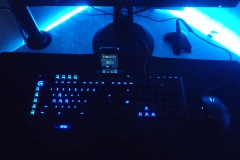 I wanted to show the Diablo III profile as an example of a profile where WASD isn’t lit up. Although the lighting was set to red and looked great in real life, the camera seemed to record it as more of an orange. 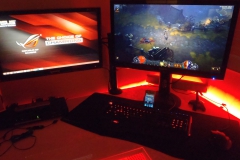 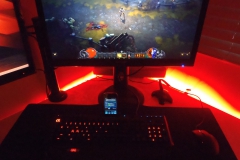 There is also a Freestyle Mode that allows you to set the keys to be whatever colours you want but it’s a persistent mode and doesn’t change per game – that’s where the Application/game detection settings come in.

The key spacing is good but the key caps are the magic here, as per our interview with Max Pan from Logitech, you can notice the different key caps and the ridges that help your fingers find the right keys and I noticed that miss-hits reduced in my time with the G910. This keyboard stands out as the fastest keyboard I can recall adapting to. Usually I’d expect about a week to really feel at home but the Logitech G910 only took about 2 days.

The palm rest connection is really solid and the rear feet are also well connected in that they don’t up or flip down unless you consciously change their configuration.

The finish, back lighting, keys and software were all of a very high standard and it was interesting to see that Logitech went with what looks like an industrial strength USB cable so no braiding here. The cable is firm but not too stiff so it routed easily where we needed it to go. Unlike other Logitech keyboards we have seen in the past, the G910 doesn’t have Audio ports or USB 2.0 pass through.