Operation Metro is Battlefield 3’s only totally enclosed map – that’s of course when Close Quarters is released in June this year. Metro was also showcased during E3 2011 and got smashed by thousands of players during the open Beta – which included myself.

What I like about Metro is the ability to go nuts with unlocks – with recon, for example, I’ve unlocked weapons and even levelled up quicker because I’ve strategically placed a T-UGS and collected all the lovely SURVEILLANCE EFFICIENCY RIBBONs that come with it. But beware, if someone already has placed one in the vicinity first, yours won’t collect squat.

Let’s not restrict ourselves to Recon here, what about Support class? Drop an ammo box next to an rocket-happy engie and watch the points roll in. 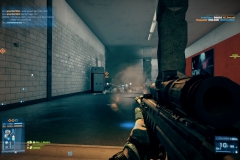 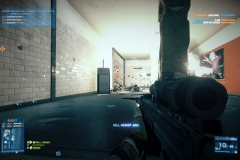 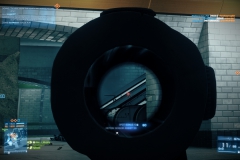 Because Metro is so fast paced and enclosed, you fire more and there is more movement compared to open air maps and the points come quicker.

But is Metro only good for points collecting and quick unlocks? Not quite – I think its a fun map regardless and on 64-player maps its chaotic! There are a lot of choke points and bottlenecks to open fire like at B point, however attacking B from C is hard if your team sucks.

So if you’re in need of some quick points and some quick action – Metro is the way to go. It can get pretty boring after a couple of rounds on 64-players and if one team dominates then its almost impossible to advance but take in the fact that your KDR will be positive regardless!